This Saturday the Stony Creek Band will play free concert!!

The Stony Creek Band will be taking the stage on our Boathouse Deck for a FREE end of the summer party-concert this Saturday!! 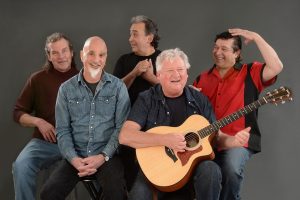 Since 1973 the Stony Creek Band has thrilled generations of fans with its high energy blend of rock, folk, country and bluegrass; a sound that has consistently defied description but is “a product of the landscape as authentically upstate as any Hudson River School painting or sculpture by David Smith” and performed in a manner described by one reviewer as “a ferocious ensemble attack; like a runaway train!”.

With the release of 2013’s Stony Creek Band Live! album, the band has successfully captured the proverbial “lightning in a bottle” bringing to fans around the world the sound, raw energy and contagious excitement of the Stony Creek Band’s legendary concert performances.